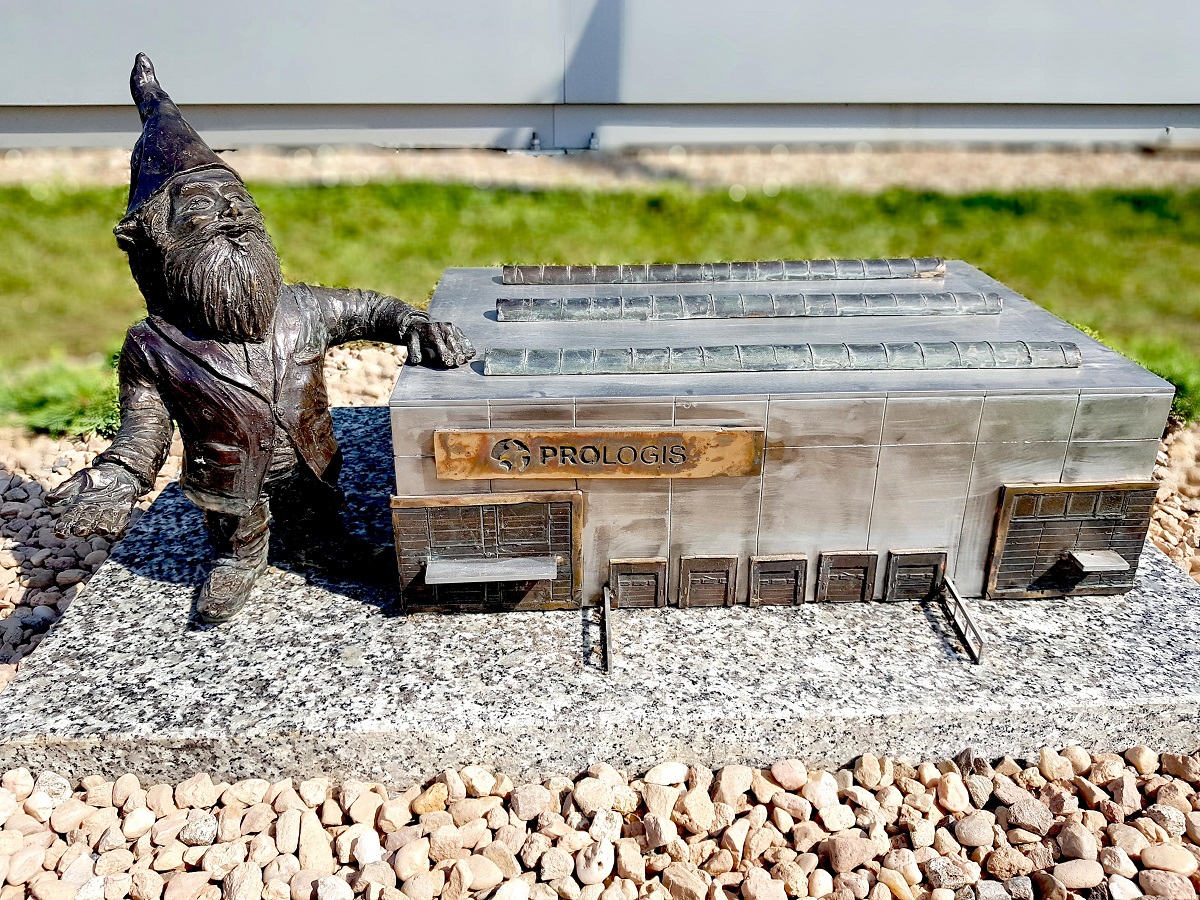 Wrocław is one of Poland’s most thriving and dynamic cities. And this potential has not escaped the notice of... dwarfs.

This mythical race of short, stocky human-like creatures has traditionally found a home in the capital of Lower Silesia and recently the society of dwarfs in the area welcomed a new member to its ranks, Prolek, who has taken up residence at our Prologis Park Wrocław III. Located at the gate to our park, the sculpture consists not only of the statue of Prolek, but also of a miniature warehouse – his attribute.

Nobody knows the exact origins of dwarfs in Wrocław, but there are a number of theories. One of them has it that the Wrocław region was actually where the first dwarf originated from. Another says that dwarfs arrived in the area at the behest of the inhabitants of Wroclaw in order to defeat an unbearable elf who had been making their lives a misery. A third explanation traces the beginnings of Wrocław dwarfs to the 1980s and the Orange Alternative, a Polish anti-communist movement that featured humorous paintings of dwarfs on the walls.

The first bronze figures created in honor of the dwarfs appeared in Wrocław in 2005. These friendly little fellas became so popular that they even got their own festival in the city. Also, if you visit the capital of Lower Silesia, you can find special sightseeing routes and go dwarf-hunting. Wrocław also even has... the Dwarf Registration Office. Soon, Prolek the Dwarf will be registered at this unusual office.

We are sure this new ‘tenant’ of Prologis Park Wrocław III will appreciate the attractiveness of his new location within the administrative borders of the Lower Silesian capital and is sure to be impressed with his new surroundings. Located near the western bypass of Wrocław and in close proximity to the airport with direct flights to Warsaw, Frankfurt, Vienna, Copenhagen and Munich, Prologis Park Wrocław III is a modern distribution park offering the perfect solution for companies interested in fast door-to-door delivery of goods.

A merry dwarf greeting to all our customers and guests at the entrance gate will certainly contribute to the ‘good spirit’ of the park and help make your day a most successful one. 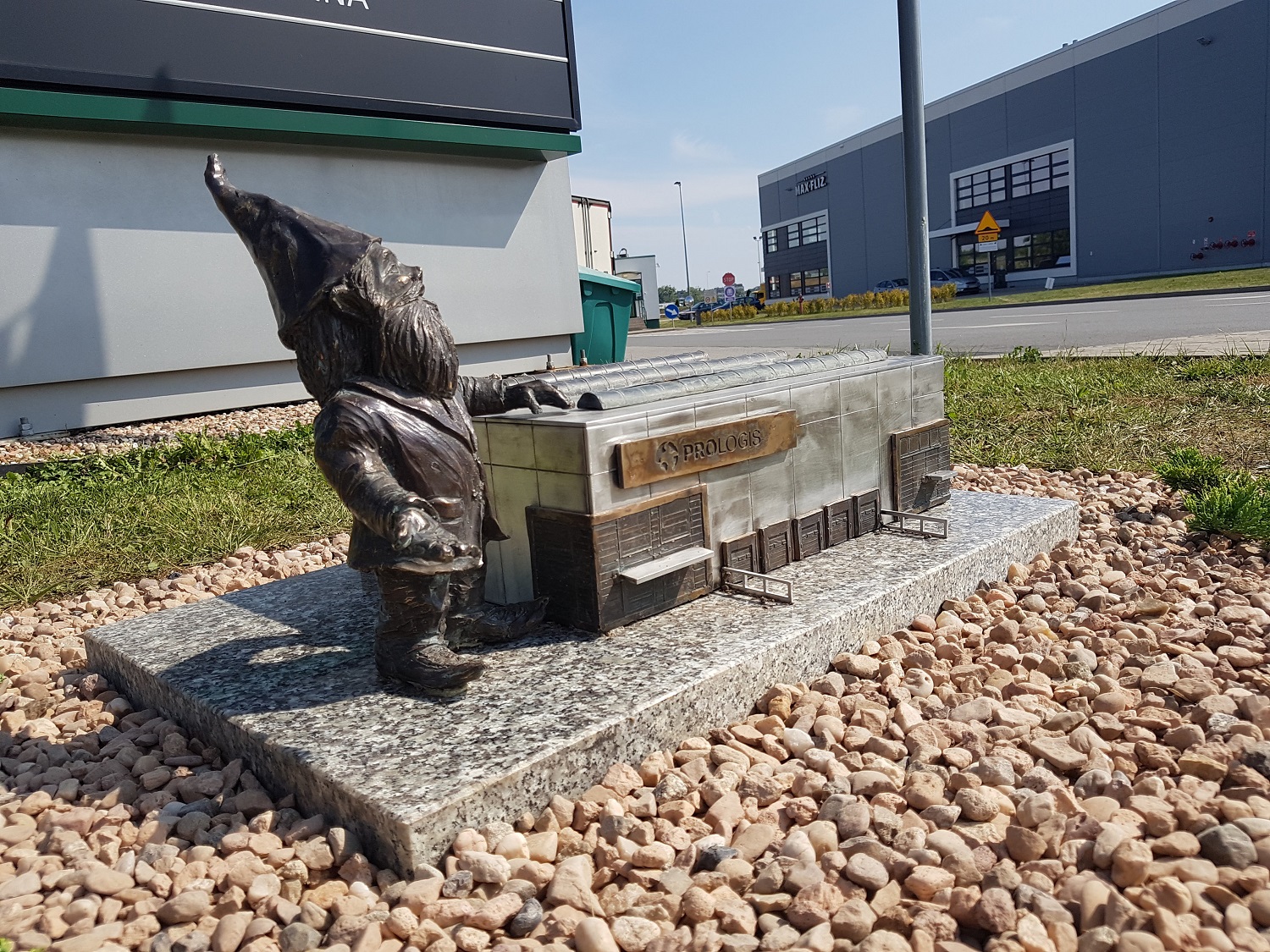