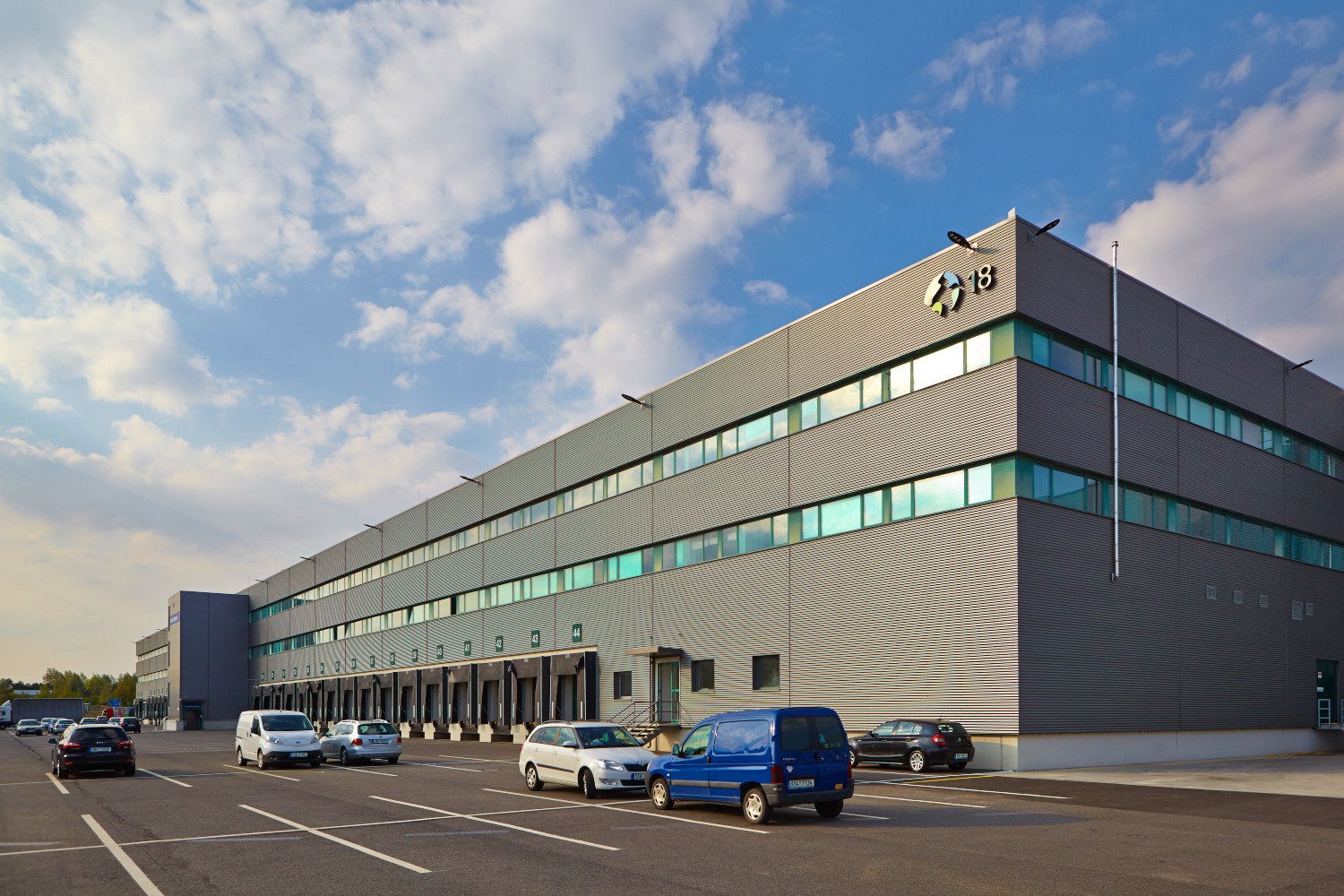 Opportunity
While sustainability in real estate is advancing in the Czech Republic, it has not yet reached the same levels as Western Europe. But the environmentally advanced build-to-suit facility designed for Sportisimo at Prologis Park Prague-Rudna—the first logistics facility in the Czech Republic to receive BREEAM’s highest accreditation rating of “Outstanding” and only the second building in all of CEE to receive such a rating—provided Prologis with a project that could be an inspiration for other developers and contractors in the region.

Challenge
The brownfield development involved removing old sheds in an environmentally responsible way, which was acknowledged in the BREEAM accreditation. As a distribution warehouse, the design focused on meeting the highest standards for lighting, heating and cooling during continuous and heavy use.

Solution
Construction of the facility, which comprises two rectangular halls attached to an existing building, followed strict requirements to diminish pollution, hazardous substances and noise to protect natural resources, as well as the health and safety of workers and others in the vicinity. We selected building materials based on life cycle cost analysis and minimized waste by reusing and recycling, diverting 80 percent of construction waste from the landfill.

The building’s energy-efficient indoor environment is controlled with operable windows and an overnight cooling system in the large warehouse space, designed to take advantage of the high ceiling and natural air-flow patterns. Heat for the large storage space is supplied via gas infrared panels with electrical radiant heaters in the smaller office spaces. With blower door tests and thermal imaging, we checked the building for airtightness to ensure the highest degree of efficiency. This process is now a standard procedure for Prologis.

The LED lights, also a Prologis standard, have zones to minimize energy consumption when workers are not present. The building’s design maximizes natural light and includes blinds to adjust its intensity.

Energy in the building is measured accurately on a secondary basis, which provides an immediate overview of consumption and potential equipment failure, as well as a method for tenants to track energy consumption. These measures have led to energy savings of 18.4 percent, and daily water consumption was cut by 56 percent by monitoring with leak-detection systems.

To enhance the environment for employees and conserve nature, we planted biodiverse landscaping and installed wildlife habitats, such as insect lodges and shelters for small vertebrates. In this way, the native species of vegetation, herbs, grasses, shrubs and trees are protected. The biodiversity and ecological value of the site has increased significantly, triggering curiosity among the local community and serving as an educational tool for local schools and other conservation groups.

Lesson
BREEAM accreditation is a driver of environmental and sustainable excellence for Prologis as much as it is a badge of accomplishment, which is exemplified by the new Sportisimo distribution facility at Prologis Park Prague-Rudna. The first logistics facility in the Czech Republic to receive BREEAM “Outstanding” accreditation will act as a guide to raise sustainability standards in CEE.