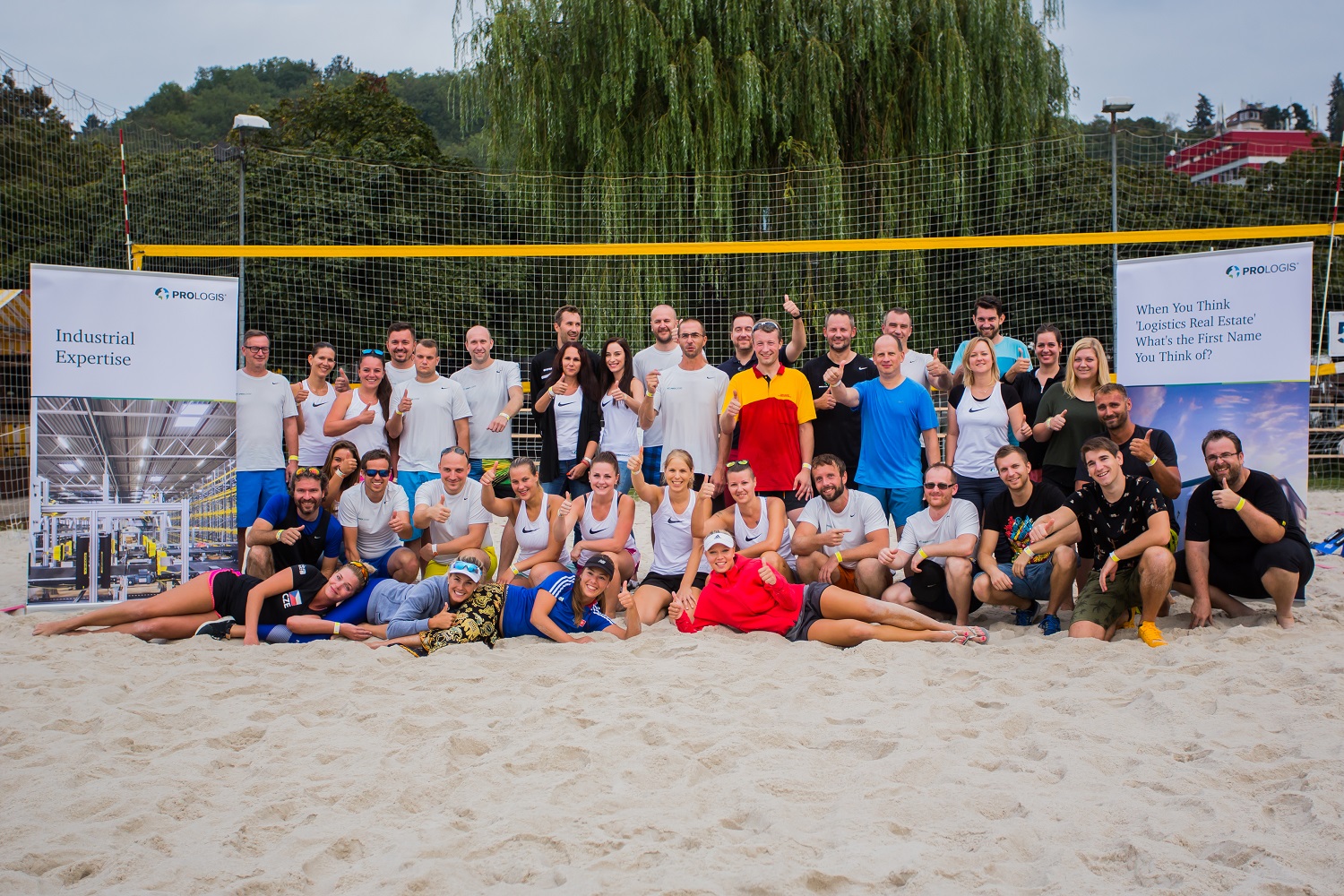 Fostering healthy lifestyles and friendly competition is an important part of Prologis’ culture and our annual beach volleyball tournament is just one great example of this. On 7 September, Prologis hosted the sixth edition of this event in Prague at the Žluté Lázně sports ground, where 15 teams battled it out to be crowned champions under initially rainy conditions that gave way to fine late summer sunny skies.

Beach volleyball is no stroll in the park – players need the explosive power of a 100m sprinter, the balance of a free runner and the endurance of a mountain biker. All the competitors showed off show off their skill, stamina and speed, with the finalists even taking the professional team to a third set this year.

First place honors and the winning trophy went to the All Blacks team (Prologis & Maurice Ward). The team from DHL came in second and the team from DB Schenker took third place.

“Events like these bring people from diverse backgrounds together in a spirit of friendly competition and this sixth edition of the tournament was no exception. It was a hugely enjoyable day out, showcasing all that’s good about our commitment to promoting health and well-being,” said Martin Balaz, vice president, development and leasing, Prologis Czech Republic and Slovakia.

We would like to extend a big thank you to all our customers and partners who helped make this sixth annual beach volleyball tournament such a resounding success.

We look forward to welcoming everyone back next year for another action-packed event.