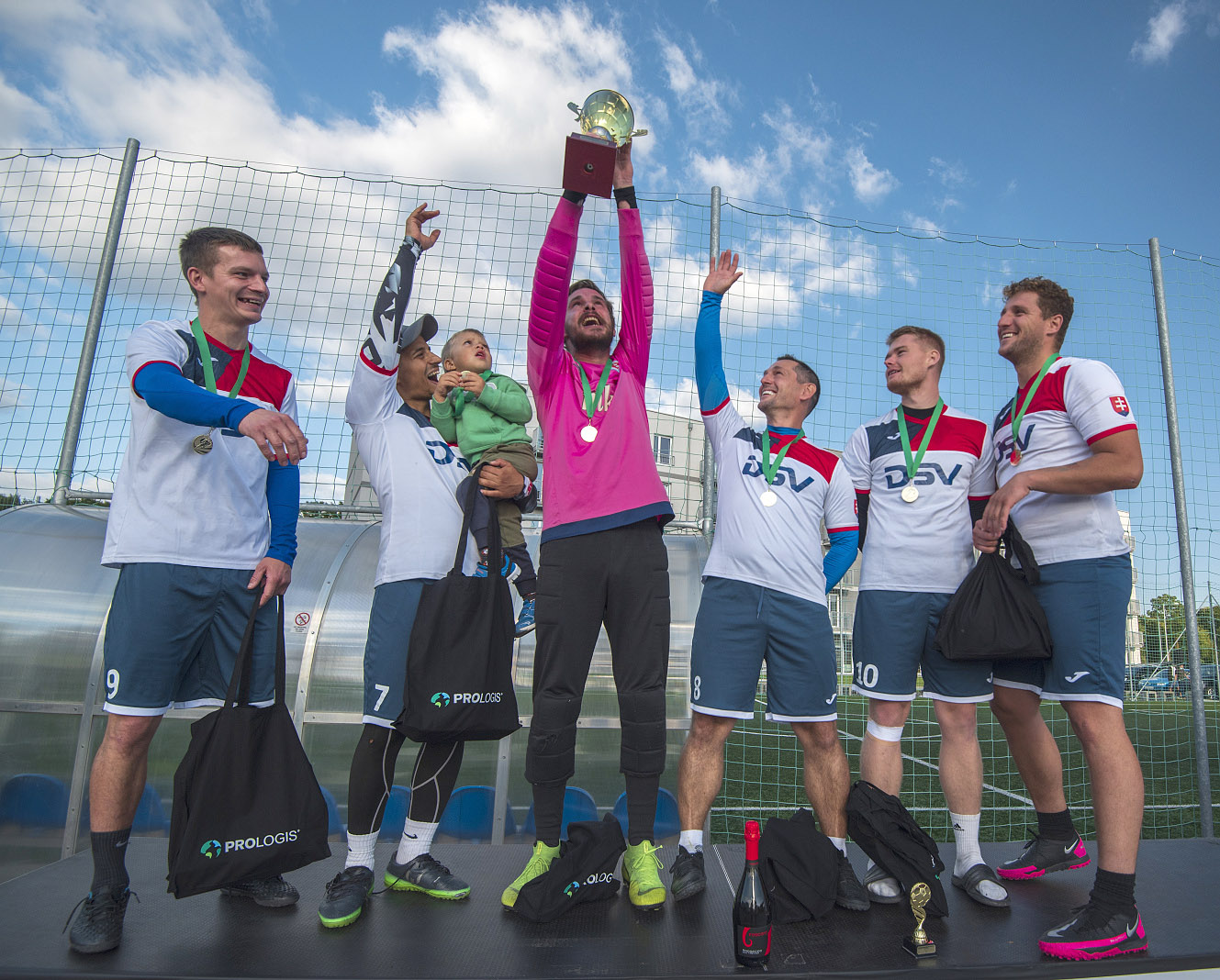 Prologis’s annual football tournament has taken place for the third time at Prologis Park Bratislava. Customers and brokers took part in the competition held after a year’s break, with nine five-a-side teams fighting it out to be crowned champions.

Like the previous editions, this year’s football tournament was held in a spirit of fun and friendship. Fans provided passionate support to their teams in a pop-up fans’ area, while the competitive atmosphere was enhanced by running commentary from popular compere Michaela Kicková.

The team from DSV took home the trophy. Behind the representatives of the global transport and logistics services provider were the team from CBRE, the commercial real estate services firm, who came in second place, and the dm drogerie team in third.

“All the players who took part in the football tournament competed bravely, and I would like to offer special congratulations to the winners,” said Martin Baláž, Prologis vice president and country manager for the Czech Republic and Slovakia. “The day was a wonderful example of everything that makes Prologis parks great places to be and to work. Facilities such as the football pitch at Bratislava promote a spirit of community and friendship, helping people come to work at our parks with smiles on their faces.”

Prologis Park Bratislava’s dedicated “relaxation zone” is an example if the company’s PARKlifeTM initiative, which aims to enhance the wellbeing of all at Prologis parks. The zone consists of the five-a-side pitch and a crossfit zone which can be used by all employees working at the park. It also features a barbecue zone and amenities like showers, toilets and electricity sources, allowing people to get together and socialize whether actively or through some more sedentary hobby!

As customers and brokers competed in this year’s football tournament, we were delighted to share in the happiness of all in attendance. Whether it’s arranging activities promoting a spirit of community, encouraging healthy lifestyles, or implementing relaxation zones at our parks, smiles are… Made in Prologis.