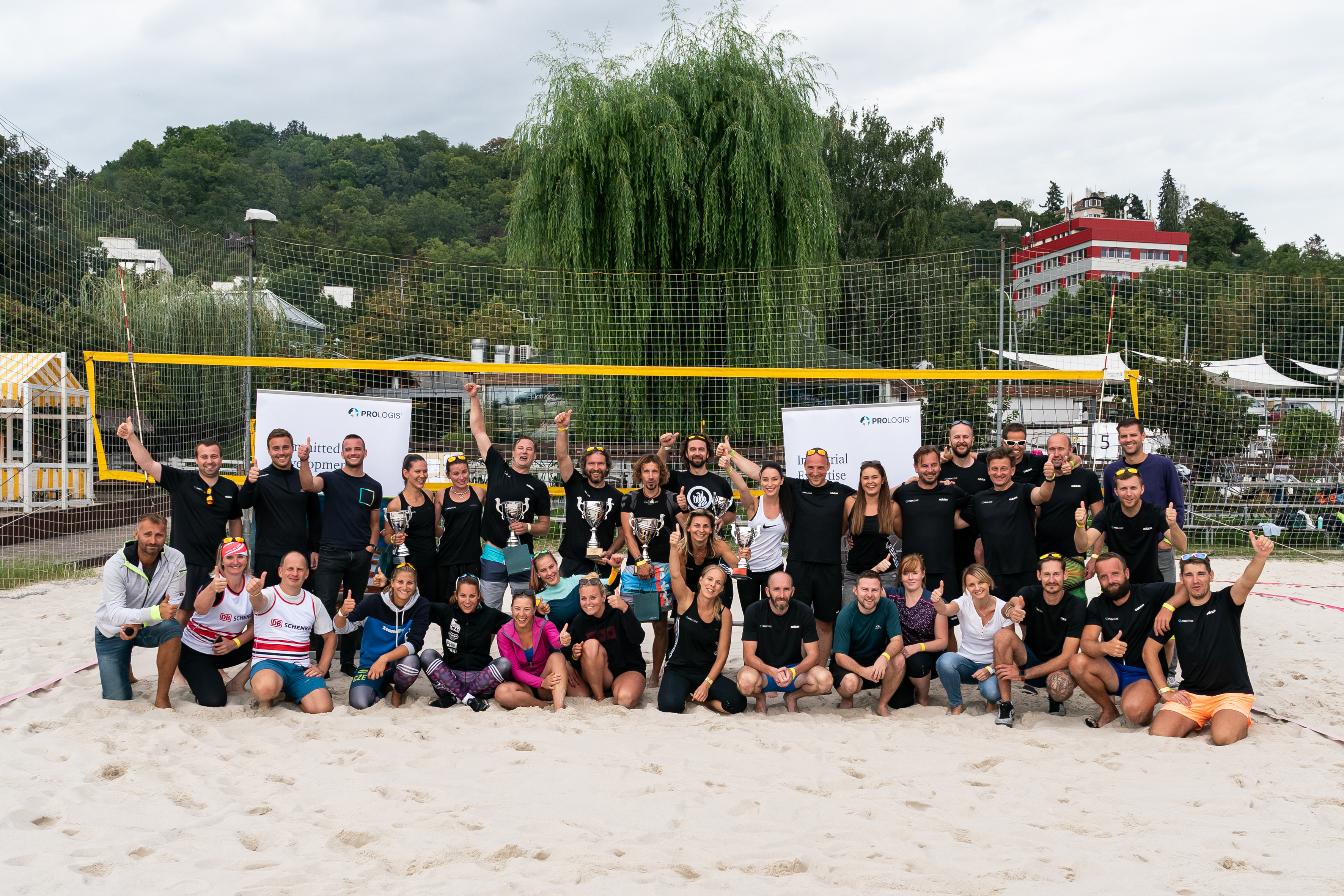 Prologis held its seventh annual beach volleyball tournament on 6 September at the Žluté lázně sports ground in Prague, where a record 18 teams competed to be crowned champions of 2019.

Throughout the day our customer- and Prologis Czech and Slovak teams spiked, dumped and shanked their way down to a final two, in what can only be described as ‘ideal volleyball conditions’.

A thrilling final followed, battled out between the Maurice Ward, All Blacks team and the LGI, Pixíci team. After some epic back and forth it was ultimately team All Blacks who emerged triumphant. In third place was the BRIT team from VAFO PRAHA.

During the games, participants and spectators were able to relax with refreshments around a barbeque. They were also treated to a professional exhibition match by the Czech Republic world beach volleyball team and winners of multiple international; master titles.  The winning All Blacks team also pitted their skills against the pro’s: Tereza Pluhařová and Eliška Davidová (Gálová), and Martina Maixnerová and Martina Bonnerová.

“This was the seventh annual edition of this event, with a record turnout. It’s such a pleasure to see our customers and business partners get together like this and enjoy the vibe, weather and competition.  Feedback has been really positive and characterizing the event as time well spent together. We believe that hosting events like this, full of sportsmanship and camaraderie, is one of the best ways to strengthen individual relationships and create new connections in an entertaining environment,” said Martin Baláž, vice president and country manager Czech Republic and Slovakia.

As trade fairs go, there’s really only one in Europe which brings so many actors, at every level of logistics real estate development together - EXPO...

September 6th saw the start of our sixth Prologis Budapest Football Games in which seven teams competed for the Championship.

Prologis Benelux worked together with the International WELL Building Institute (IWBI) to develop a standard for the health and well-being of...